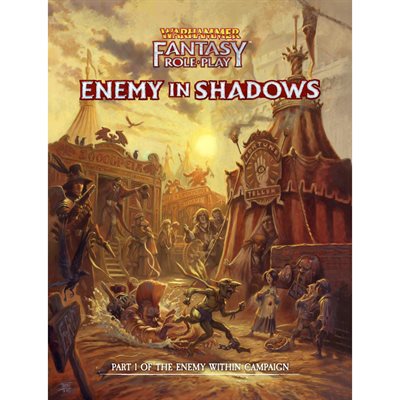 The Enemy Within is the revised and updated Director’s Cut of one of the most highly regarded roleplaying campaigns ever written.

Enemy in Shadows presents the first part of the epic Enemy Within campaign, the sequence of Warhammer Fantasy Roleplay adventures that inspired a generation of gamers. So, gather your heroes as you take them from humble beginnings as penniless adventurers to the halls of the great and powerful, where every decision can change the fate of the Empire.