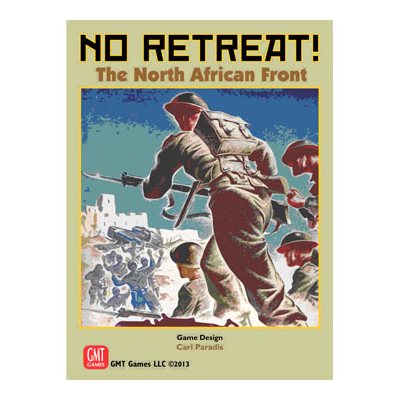 No Retreat: The North African Front offers a narrative game rich in the feel for the ebb-and-flow of the campaign, wrapped around an exciting maneuver and combat system that harkens back to the glory days of classic wargaming, but includes all the modern features and plenty of innovations. Unlike other North Africa wargames, there are 5 "mini-maps" located at the various termini of maneuver in the campaign, and where battles are waged as fascinating "mini-games" in their own right. Players try to sweep each map and force the action onto the next one in an effort to push their opponent out of the game.