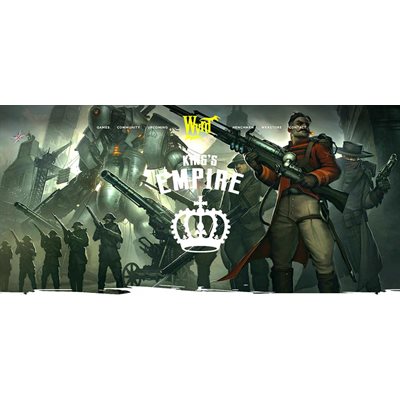 The King's Empire utilizes its global presence and strength of arms to help shape the fate of Earth. Using well-trained troops and advanced firearms, the King's Empire will give no ground. An Empire army specializes in long range firepower and cunning tactics to defeat those who oppose them.