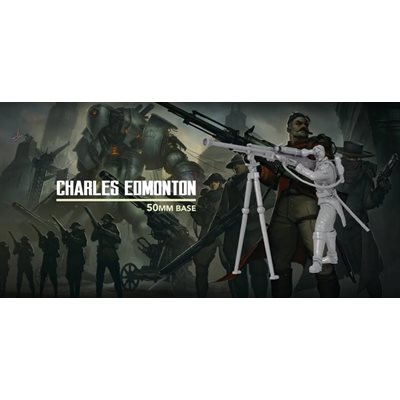 Edmonton does not specialize in killing a large number of troops, but enemy Commanders have learned to fear him. Piercing means he flips two cards on a Penetration flip and takes the better one, and he can always trigger Headshot. This gives his action Precise, which means that enemy Commanders can't use nearby troops to absorb the blow (they will instead rely on their Assets).

Charles Edmonton does not change his tune when he goes to Glory, he just gets better at it. He increases the range of those near him. He gets better with his gun.

Perhaps most importantly, he has the ability, with "Where'd He Go?" to move up to 16". If he hits his Snapshot trigger, he can even take a shot after. This gives him a potential two shots a turn and movement... Enemy Commanders live in fear!