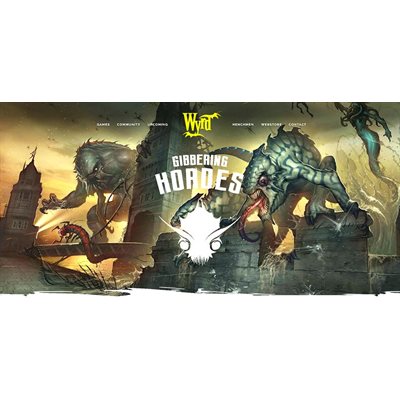 The Other Side is a cinematic wargame by Wyrd Miniatures that combines streamlined rules with the tough, tactical decisions and ruthless combat that are a staple of modern miniature gaming.

Players take control of a company of troops ranging from powerful commanders to massive titans to rank and file squads. The Other Side miniatures come preassembled, which means you can go directly from the box to the table.

The Gibbering Hordes are amphibious creatures that dwell in many of Malifaux's waterways and oceans. Much of their intelligence has been forgotten in favor of sharp animal instinct and a desire to survive. Led by their more aware kin, the Hordes have decided to make the Earth their new home. A Gibbering Hordes army is focused on melee, using their seemingly infinite numbers to conquer their enemies.