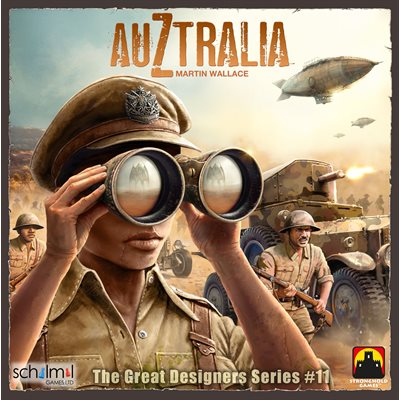 Press and move to zoom.
Mouse over image to zoom.
Click to enlarge
Stronghold Games

AuZtralia is an adventure/exploration game for 1-4 players set in an alternate reality 1930s. The theme is inspired by Martin Wallace's A Study in Emerald. Following the Restorationist war, the northern hemisphere lands lay poisoned and starvation was the norm. Intrepid adventurers set out to explore and settle new lands. Little did they know, after the war, the surviving Old Ones and their remaining loyal human armies made their way to the outback of Australia to lick their wounds.