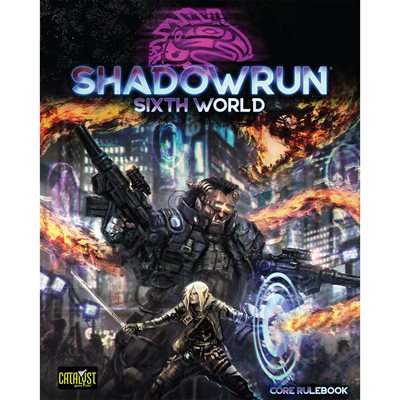 Shadowrun, Sixth World is the latest edition of one of the most popular roleplaying games of all time.

A slimmer, faster entry into the dystopian urban fantasy world of Shadowrun. This rulebook has been slimmed down to a sleek 320 pages with amazing new art, and will be expanded upon in coming months and years with a new line of core product.

The new edition is easier to play and learn than it has ever been, yet it still offers the roleplaying depth that is a key part of the Shadowrun. The rule system is built around gaining advantages and taking risks, building up to spectacular moments that are part of great gaming sessions!