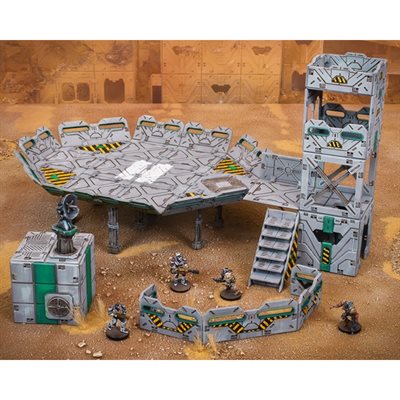 Press and move to zoom.
Mouse over image to zoom.
Click to enlarge
Mantic Games

With the GCPS relying heavily on commerce and trade from newly discovered worlds, landing zones are quickly established to move materials and personnel. More often than not, these are the sites of desperate evacuations during Plague outbreaks or Veer-Myn incursions.

This set contains nearly 250 pieces of modular terrain including 144 Connectors, allowing you to construct a landing pad and tower that are large enough to accommodate anything up to and including an Enforcer Interceptor.