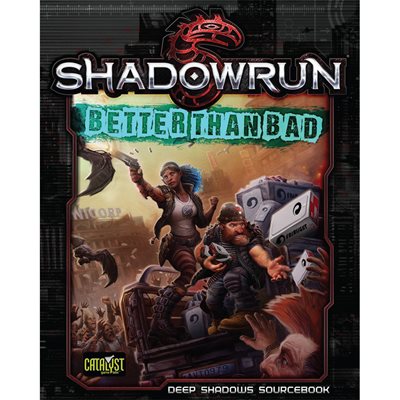 Shadowrunners aren’t made to be heroes—they mainly exist to get jobs done and get paid. To some, though, that’s not enough. They see plenty of wrong with the world, and they want to try to make some things right. Better than Bad is a Deep Shadows book for players and gamemasters involved in hooding (as in Robin Hood), using their work to bring some help to people who need it. The book provides plot hooks, advice, techniques, and other resources for teams that want to bring a little light into their game while they see if they can beat the odds and rise to the level of hero.