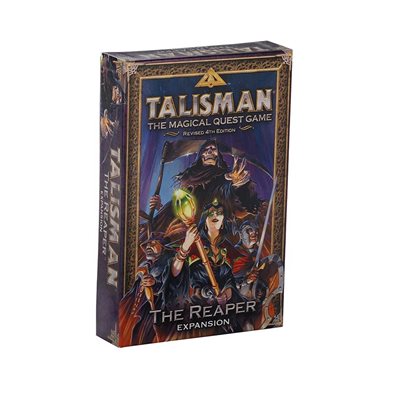 In Talisman: The Reaper, expansion for Talisman Revised 4th Edition, players are given the chance to play with two new optional features: Warlock Quests, and Grim Reaper. The expansion also contains new characters, adventures, and spells.

The Warlock Quests expand the current quest mechanic, including letting players choose the quest instead of rolling dice for them.

The Grim Reaper rule lets players control a powerful roaming monster, the “Grim Reaper” when a players roll a “1” to move, including pointing and saying “You!” (just like the Grim Reaper) when moving to an opponent’s space, before finding out the results.