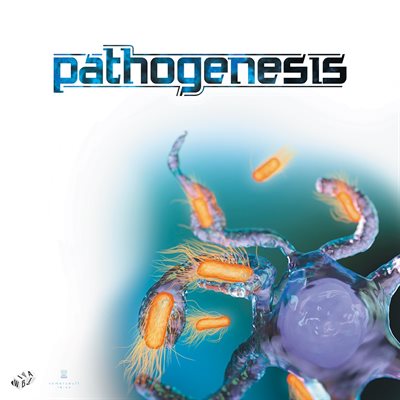 Press and move to zoom.
Mouse over image to zoom.
Click to enlarge
WIBAI Games

Pathogenesis is a deck building game in which players take the role of bacterial pathogens attacking the human body.

The game was developed in partnership with scientific illustrator somersault1824. The game is based on 100% real science and the mechanics were created to mimic how real biology works.

Avid deck builder players will feel at home playing the game as the mechanic foundation was based on several popular deck builders. The mechanics have evolved and mutated during the creation into a game that is quite its own.

No knowledge of science is required to play but it was developed to enhance the learning of the immune system at the college level.