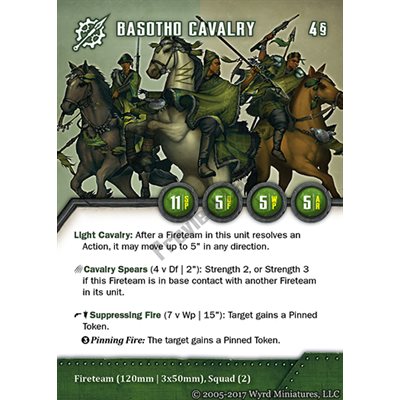 Other Side: Abyssinia - Basotho Cavalry

Miniatures are supplied unpainted and assembly may be required.

The Basotho people originate in the south of Africa, but came north after the Zulu expansion. They were quickly brought into the Abyssinian Empire, where their horse riding expertise made them a valued addition to their armies.

The Basotho Cavalry are exceedingly quick, letting them act as flanking troops to help control your opponent's movements. There is nothing more frustrating than being halted at every turn by an elusive enemy, only to discover the slower, heavy hitters have now had time to move into place.