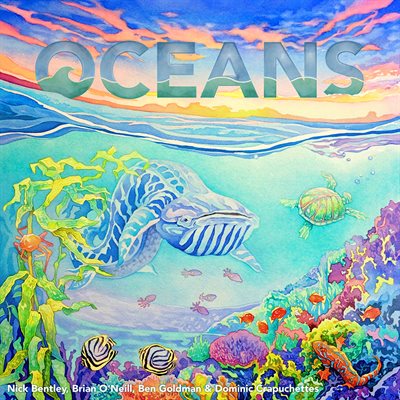 Oceans is a 2-6 player strategy game in the Evolution game series where you create a vibrant web of marine life through millions of years of evolution.

The Evolution games are known for vivid themes, easy rules, and hidden depth. With many thousands of play-tests, years of non-stop design, over 100 unique illustrations, and more content than we've ever put into a game before, Oceans is our most ambitious project to date.