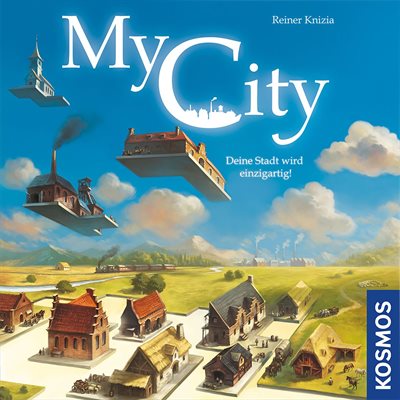 Press and move to zoom.
Mouse over image to zoom.
Click to enlarge
Thames & Kosmos

My City is a unique, family-oriented legacy gaming experience that is played in relatively short episodes.

The game consists of 24 different episodes beginning with the development of a city in its early pre-industrial stages and progressing through industrialization. During each game, players customize their experience by adding elements to their own boards. Players’ choices and actions made during one session of gameplay carry over into the next session, creating a personalized gaming experience.

For players who do not want to experience My City as a legacy game, a double-sided game board offers an alternate setup for repeatable play.