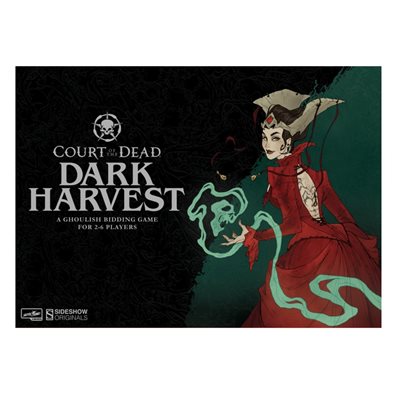 Press and move to zoom.
Mouse over image to zoom.
Click to enlarge
Skybound Games

Set in Sideshow's original dark-fantasy world, Court of the Dead: Dark Harvest, is a strategic bidding game for 3-6 players, in which each player is vying for power in the Court of the Dead and struggling to save as many souls as possible from annihilation in the Celestial War.

Each game round in Court of the Dead: Dark Harvest has an income phase and two main phases of gameplay:


At the end of the game, the player who is able to shepherd the most souls to safety, behind their player screen, will win the game.