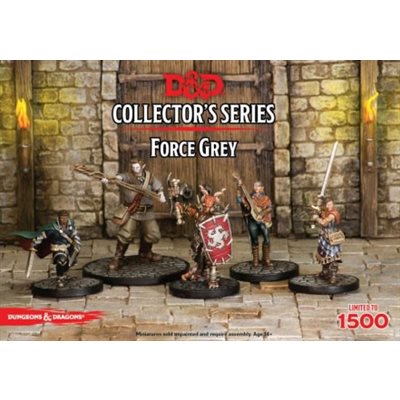 Press and move to zoom.
Mouse over image to zoom.
Click to enlarge
Gale Force Nine

The Force Grey group have pitted themselves against the giants in Season One and the Tomb of Annihilation in Season Two, bringing live D&D to Twitch and the world.

Force Grey is made up of an all star-studded cast;


Contains:
5 resin Miniatures are modeled after the "Force Grey" television show that is streamed over Twitch

Please note: Miniatures are supplied unpainted and some assembly may be required.