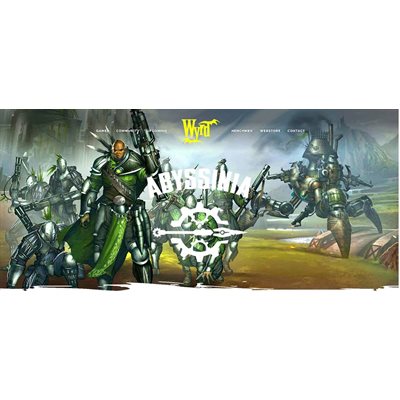 Other Side: Abyssinia - Fate Deck (Plastic)

Abyssinians are the masters of Soulstone technology. A temporary breach to the world of Malifaux in the seventeenth century gave them access to Soulstones years before anyone else, though they kept this a closely guarded secret. This fueled innovation, and led to Abyssinia being the most advanced nation on Earth. The Abyssinian army is a mix of elite troops and machines of war, able to fight effectively in melee or at range.