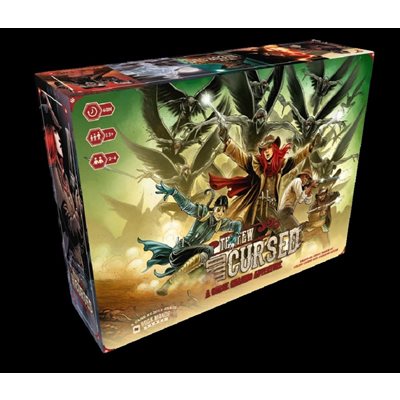 The Few and Cursed is a deckbuilding adventure game that takes place in a post-apocalyptic earth where most of the water on the planet has been gone for seventy years. Without water, civilization just halted any progress and stayed pretty much the same... with the exception of the monsters, magic and curses that showed up.

Players will take on the role of a curse chasing bounty hunter looking to make a name for themselves. Players will traverse the desert of the Pacific Ocean as they improvise and acquire new cards for their deck on their quest for the biggest bounties.