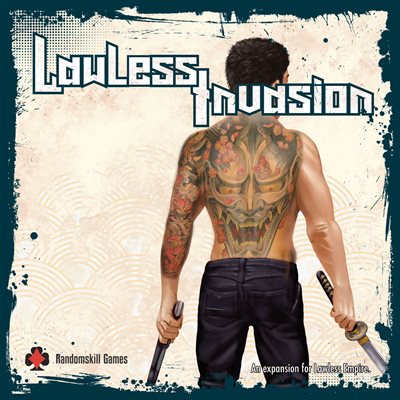 Lawless Invasion is the expansion set for Lawless Empire.

The plot unfolds against the backdrop of an invasion of the city of Scarpizo by a new Yakuza clan that has the intention of taking over all of Scarpizo's vices. Lawless Invasion features 8 new soldati and 8 new scheme cards to increase the re-playability of the base set. In addition, it comes together with an infusion of Japanese artwork to immerse gamers in a gang war of epic proportion between the Yakuza and the Mafia.