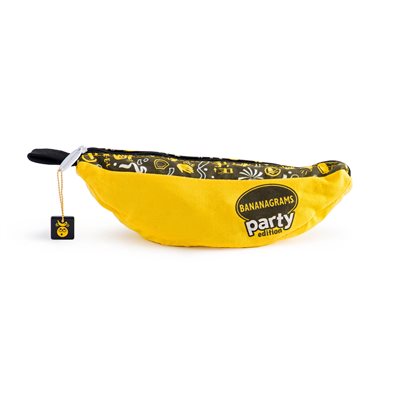 The Re-Gifter, The Thief, Switcheroo, Pouch Head...these are just some of the names of the 14 chaos-inducing Party Power tiles in Bananagrams Party edition.

Each tile holds its own special action, allowing the receiving player to bestow chaos on the victim of his/her choice! Whether it's taking a lap around the game table or demolishing another player's grid, no one is safe!