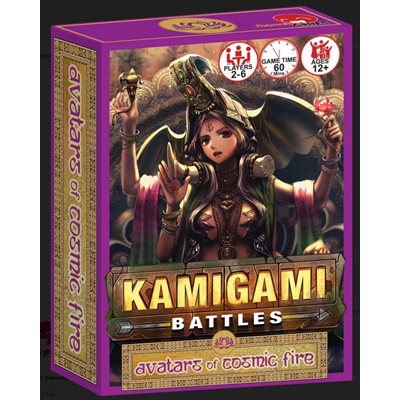 Kamigami Battles: Avatars of Cosmic Fire brings Indian gods to the world of Kamigami Battles, and you need one of the base games in order to use this expansion. Play the role of a great God or a team of Gods, defending your reign from rival Gods by using the warriors and disciples loyal to you.