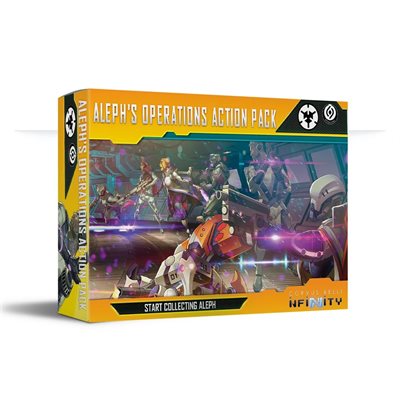 Who can possibly know what ALEPH thinks? Its representatives will tell you that, for the AI, the Sphere is its home and its responsibility, the creator it must help in order to walk together into the future, putting all of its efforts towards the progress of humanity. Its detractors, the Nomad Nation, will assure you that for ALEPH, the Sphere is a playground, the puppet theater to direct, a simple medium for its one and only purpose, which is advancement of ALEPH itself.

The Aleph Operations Action Pack is a complete army list and the best product to start playing and collecting not only an ALEPH force but also its Sectorial Army called OperationS.