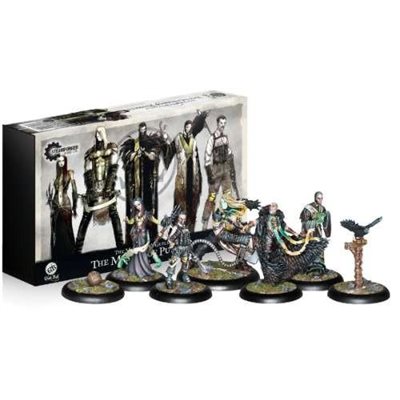 “When you play them, you have to surrender control. You can’t simply do what you want. You’ve got to force them to let you do it. Sounds easy? It’s not.”

Obulus' veins course with dark power. Feared as much he is hated, he's as foul as a living cadaver. Enslaving minds to obey his undying will, opponents are but meek instruments for victory. No one can escape his cruel grasp.

Obulus' team of Morticians leave their opponents mourning in a wake of disruptive manipulation. Menacing and unforgiving, this team actively dismantles their opponent’s strategies. Coaches who want to outsmart and exploit their opponents will live for the Mortician’s Guild.

Warning, not a toy! Not for use by children under three years old.  Note: These metal miniatures are supplied un-assembled and unpainted.