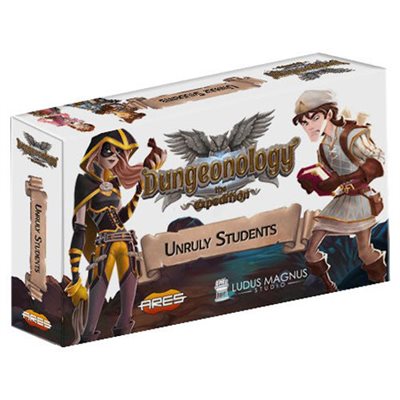 There is an air of rebellion in Rocca Civetta! The aspiring professors got tired of the rules of the University and accompanied by their brotherhoods, they will enter the dungeons causing chaos.

With this expansion, the Scholars of the core game become fearsome Boss. Each of them will be at the head of a new university brotherhood with specific Students, of different colors, who will act against the players in the most disparate ways.

When one of these new Boss is used in the game, the Students of its brotherhood can be used in addition to the standard Students of the core game, and drawing one of them from the University Bag will activate the boss special powers!

Finally, in this expansion, you will find rules for playing games with two of these Bosses in the same game; double threat, double fun!