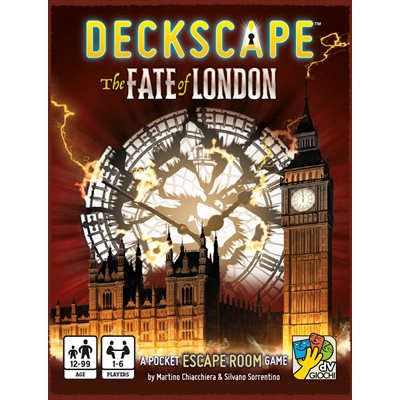 Deckscape: The Fate of London is the second title in a series of cooperative games inspired by real escape rooms in which a group of people is "trapped" inside a room full of puzzles and odd items. The goal of the game is to solve puzzles, understand the plot of the story, and make intelligent use of the items provided in order to exit from the room as quickly as possible.

In this title, a terrible threat hangs over London, and the Crown of England needs your help! Your mission is to find four devices hidden in secret locations and defuse them before midnight. A single mistake, and the situation could degenerate quickly…