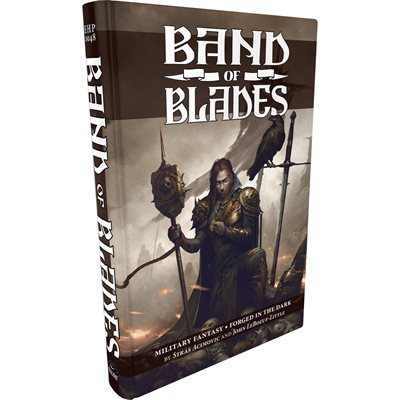 Press and move to zoom.
Mouse over image to zoom.
Click to enlarge
Evil Hat Productions

Band of Blades is a dark military fantasy game... forged in the dark.

It's a game about the remnants of a mercenary band named the Legion, retreating from a failed offensive and armies of undead. The Cinder King's generals (called the Broken) give chase across the nation of Aldermark and our Legionnaires fight fresh horrors every night.

A session of play usually consists of a primary and secondary mission, followed by campaign actions for the Legion and their generals. In Band of Blades, each player takes on two roles.

Forward march, soldier. The Kingdoms of the East are depending on you.