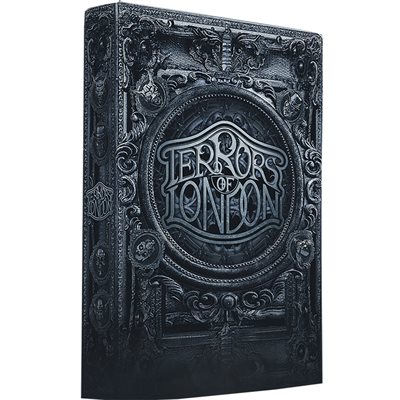 Terrors of London is a competitive deck-builder with a Victorian horror theme.

Terrors of London features four factions: Undead, Beast, Mortal, and Spirit. Each faction has two Overlords from which to choose from. Each Overlord has a unique ability as well as two Influence cards to add to a player’s starting deck.

During the game, players will purchase monsters and powerful item cards called Relics from a central market. As a player’s deck becomes more powerful, they’ll be able to use Terrors of London’s unique Horde system to combine multiple faction monsters together to create powerful synergies to defeat their opponent. The first player to defeat their opponent’s Overlord wins the game.