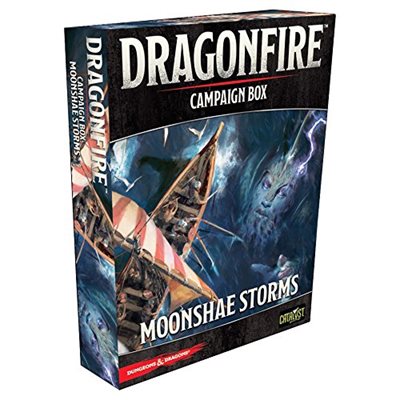 The "Moonshae Storms" campaign continues and builds from "An Ancient Evil Arises" from the base "Dragonfire" game, as your quest takes you to new and exciting lands. A brewing conflict threatens to drown the Moonshae Isles, as lycanthropes and their allies seek to change the balance of power. Will you be able to turn the tide of war?

"Moonshae Storms" is the first "Dragonfire" Campaign Box. Face encounters from the all-new Mountain environment, and get fully equipped with new Market cards and Magic Items! Also included are eight new Character screens, introducing the Barbarian Character Class, as well as alternative human races, known as 'the Folk' and 'Northlanders'!

This is not a stand-alone game. A copy of Dragonfire is required to play.