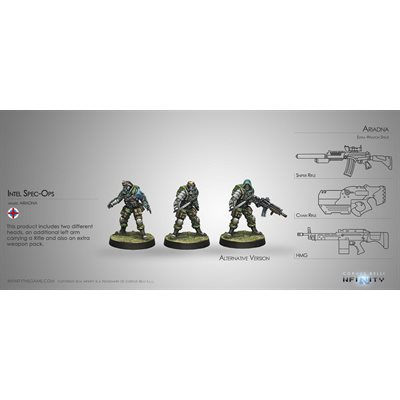 After the Ariadna colony re-joined the other human colonies, the separate nations realized that they would need to work together. The Stavka choose the best and brightest of the special agents from the Ariadnan army. No matter what flag they were born under, they work for the betterment of Ariadna.

The Intel Spec Ops is not found in the Army Lists. They designed to be used with the Experience rules of the Infinity Campaign System.