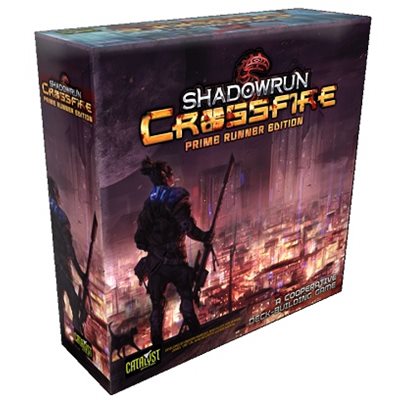 Shadowrun Crossfire Prime Runner Edition is an updated edition that makes the gameplay better than it has ever been before.  The core gameplay, which requires intricate tactical thinking and strong teamwork, remains unchanged, but other updates to different aspects of the game make the feel smoother and more accessible.

Rule tweaks and redesigned character cards are based on improvements that came with the breakout game Dragonfire, while others focus on giving more options to players which includes putting more missions in the base box.  This updated edition pays homage to the immersive artwork of the original games, while still featuring new artwork that is sure to please new and old players alike.