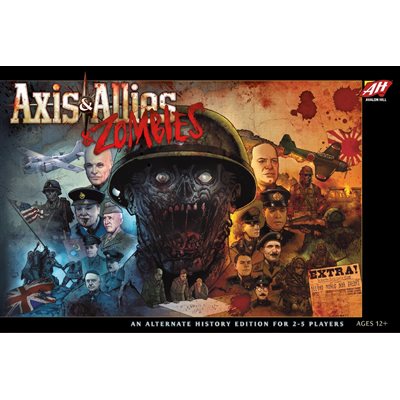 In Axis & Allies & Zombies, a new take on the iconic World War II strategy board game, each player takes command of one of the major powers, joining either the Axis or the Allies. Players then fight for victory against the opposing faction and a terrifying new foe: zombies!

- Streamlined for quick play, it’s the perfect introduction for new players, while offering a fun and strategic gaming experience for established players.

- Includes an intro scenario providing players with a quick, easy-to-set up prelude. Quick-start rules provided so experienced players can jump right in to the action

- Includes an expansion for the Axis & Allies 1942 board game